Riverton and Bingham Advance to Championship Game 10.22.2011 - By Kate Speare

The Semi-Final games were intense from the starting whistle, as Bingham Black took the field against Park City White, and Riverton took the field to face the Alta Hawks. Both games showcased some of the best lacrosse, and highlighted four teams that are surely going to deliver in the Spring 2012 season. Park City White kept the score close, but fell to Bingham Black 20 to 17. Bingham attacked with speed and quick passing to earn a spot in the playoffs next Wednesday at 8:30 p.m.

“Our transitions were really good and we have really learned to play well together before the season,” Park City’s Sam Meyer, a senior said after the game. “We struggled with our ground balls and we lost our intensity in the second half, but overall I’m really happy with the way we played considering we were missing a few players.” Park City White will play to determine their ranking Wednesday at 8:30 p.m.

It was a night to remember for the Riverton Silverwolves, after they defeated the Three-time State Champions, Alta Hawks, 15 to 12. Defeating a team with such stature can only mean good things for the young Riverton team in the upcoming 2012 season. With a strong attack, and backed by one of the best goalies in the state, Mikala “Sharkbait” Anderson, Riverton kept up with the Hawks for most of the game, behind by only two points at the half. The Silverwolves stepped it up right at the end and scored two quick consecutive goals, and then topped it off with another right before the final whistle to lock down their win against the Hawks.

So, what does this loss mean to the Hawks?

“It made us more determined to practice harder to be ready for the actual season. We are playing Super 7’s just to have fun and a chance to play during the off season, but we overlooked this game and we weren’t mentally prepared for the challenge that Riverton gave us,” said Senior Malia Stephens. The Hawks will go onto play Park City White to determine the 3rd place seed, and Riverton will face Bingham in the Championship game next Wednesday, October 26th at 8:30 p.m. 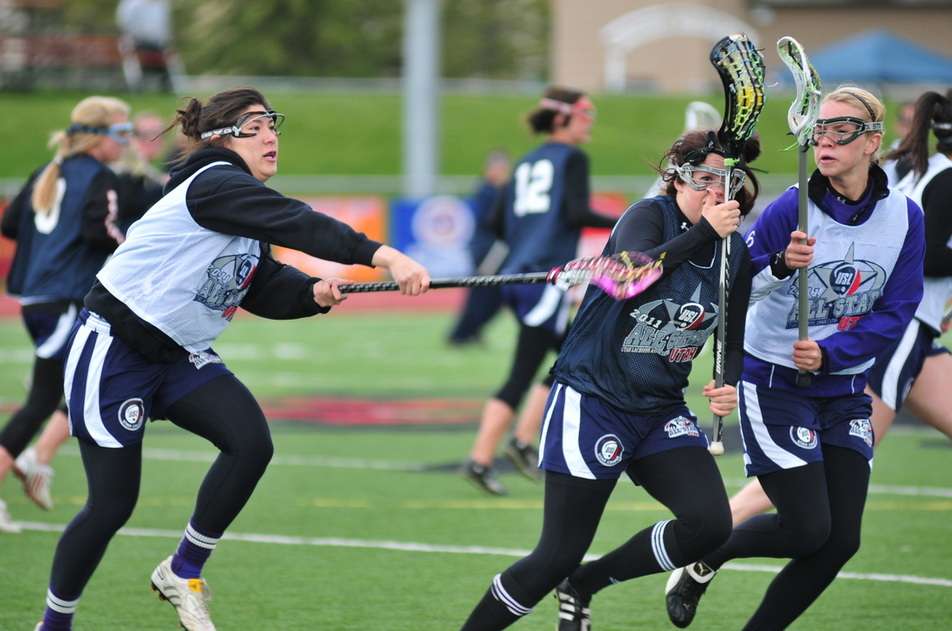 The Two Seniors Throw down a serious "Body-Ball" Double Team in the All-Star Game.  Pictures will be up loaded soon.

Camie Oka and Callee Frampton to play in League Senior All-Star Game on Friday the 22nd.  Please come support them in their last HS Game!!!

(see below for complete listing of awards) 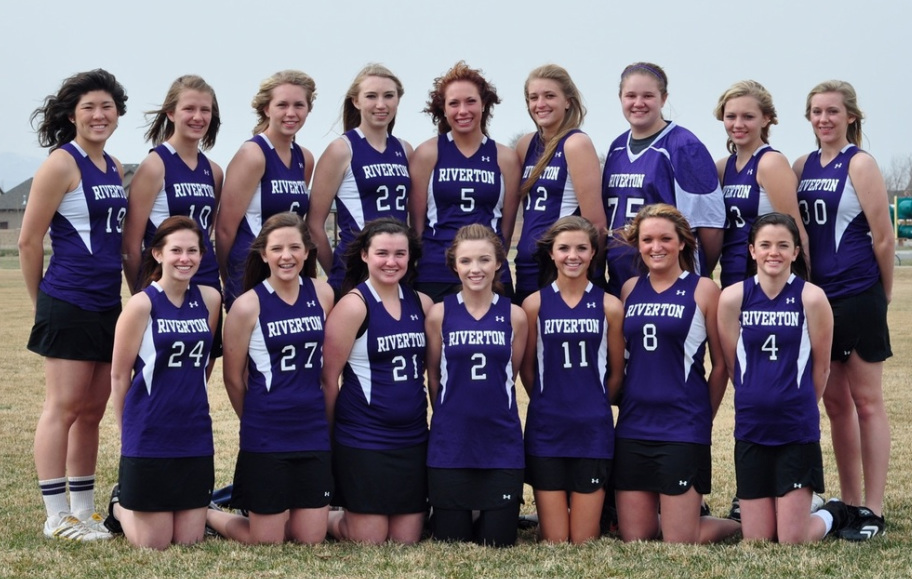 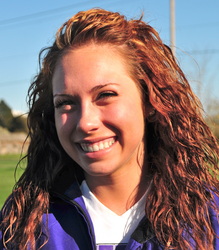 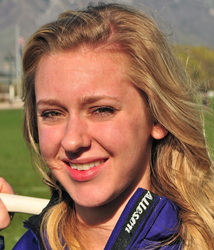 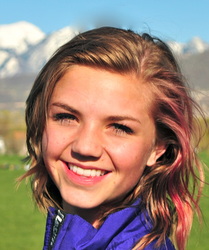 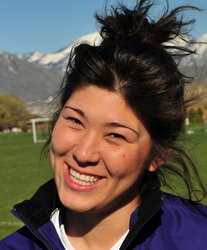 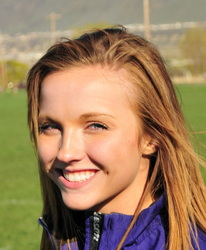 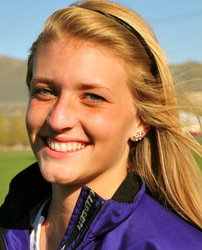 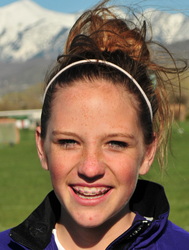 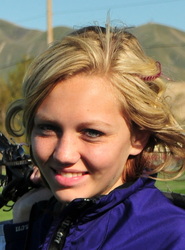 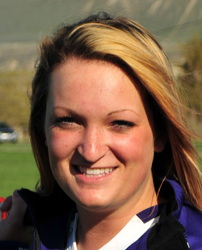 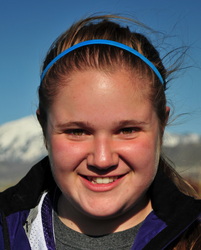 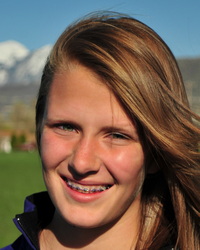 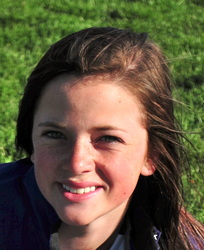 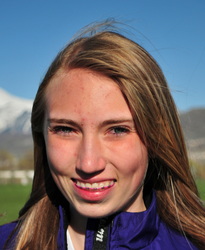 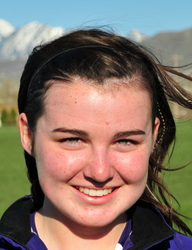 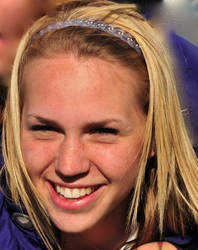 Seniors Camie, Callee, Emily, Lacey and Hillary will be playing their last LAX game soon!  We love them! 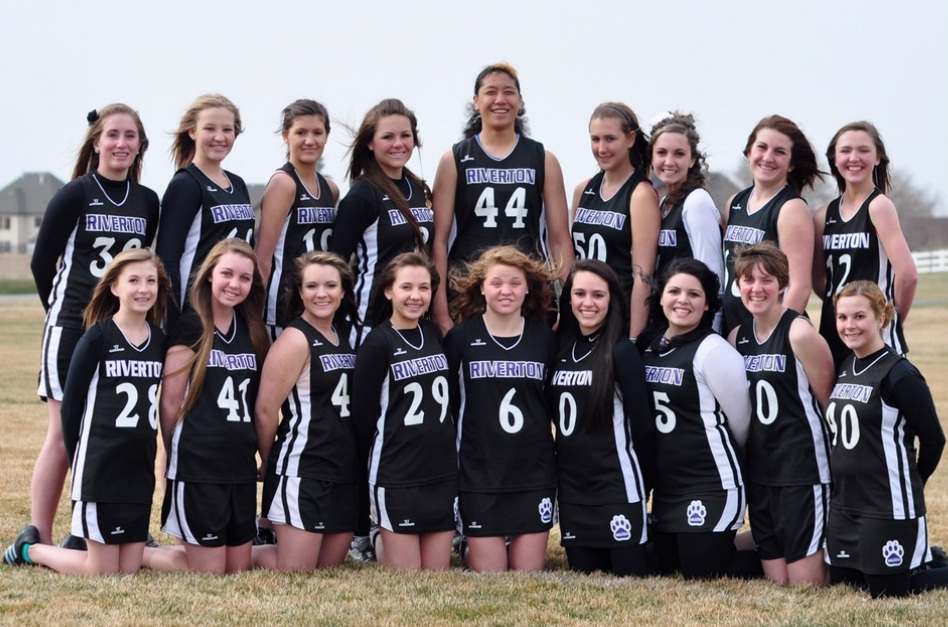 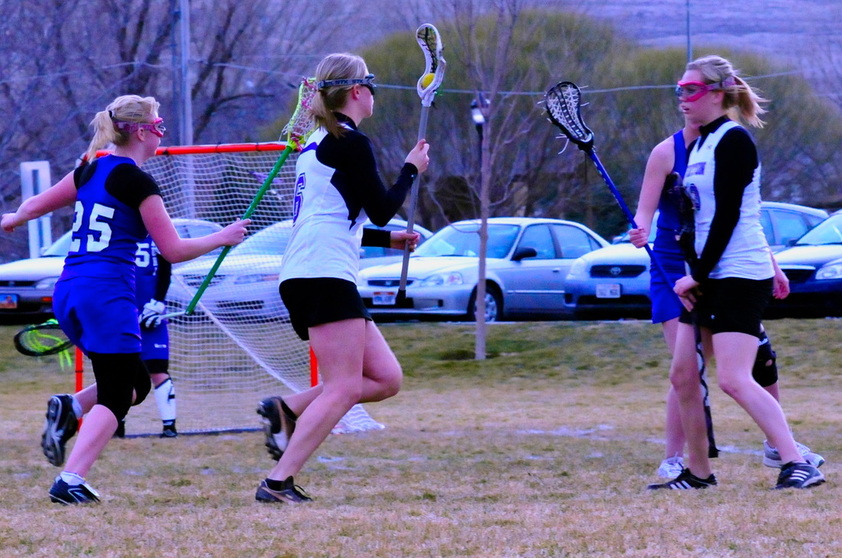 Morgy sets a screen for Callee or is it Callee sets a pick for Morgy...hmmm. 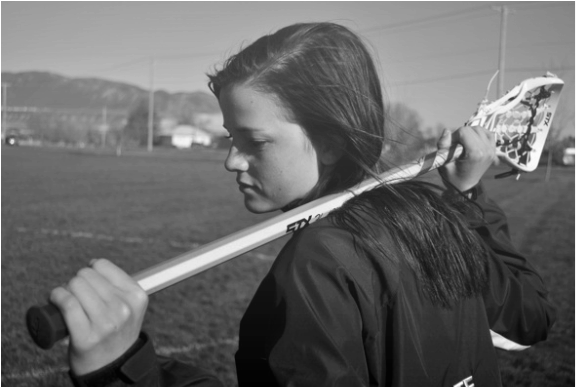 WHAT:  Girls Varsity and JV Lacrosse Party.  Parents are welcome to come.  Swimming, food and awards. Bring swimsuit, towel and sign up for food.

WHAT TO BRING:
We will be supplying the meat. So we need the following items brought to the party.
Drinks, Salads, Buns, Fruit, Chips, and Desserts

ENTERTAINMENT:
I am brining a Varsity Highlight Video.  If any parent from the JV team wants to create and bring a JV highlight video, please let me know!!!!

Tribal LAX CAMP: Girls High School Elite & Varsity Prep: Grades 8-12,
Girls Future Stars: Grades 4-8
Tribal West has spent the last year gathering great lacrosse coaches and teachers of the sport. These coaches are affiliated with MLL Pro teams, DI, II and III college teams and the best local talent of coaches and current college players. The coaches at this camp will be teaching not only the skills but the passion, desire, and focus required for success.

Freshman through Juniors are expected to help with the Junior and Thunder Teams coach Oka will tell you the details.

We will have team uniforms collections in the next two weeks.  You may turn them in anytime.  Please contact coach Oka 801.971.6063.

End of the year party to be scheduled

2nd Annual Varsity vs. Alumni Girls Lacrosse Smackdown set for Tuesday, May 24rd:
Building up to be an annual tradition, the RHS girls Varsity Team will face the RHS girls Alumni team on May 23rd at Bluffdale City Park.  This years varsity squad features 7 freshmen and 5 seniors who will have a chance to show their "big sisters" a new and improved brand of lacrosse.  Yes, a lot of these kids played on the same team in past years, but they don't like each other.  2010 All-American Peyton Evans says on Facebook, "Alumni will dominate!".  Avree Frost was recently heard saying, "I hope my sister has the guts to play because it will just be another example of lil sis taking her to school".  Captains Camie and Callee stated, "those old women are too slow and fat to play with us".

Read about the RHS Girls Lacrosse team in the South Valley Journal:  http://www.southvalleyjournal.com/pages/full_story/?id=5336&&numitems=10&startitem=1&showimages=small&sections=sports&journals=SVJ&

The Riverton girls lacrosse team lost seven strong seniors to graduation last year and several more potential players to the opening of Herriman High. But that's not going to stop them from coming out strong and taking another shot at the state title they came so close to last year. They lost in the final game to two-time winner, Alta High School.

"We're pretty happy about how we performed last year and hopefully, we can improve on that this year," head coach David Oka said.

The team doesn't have formal tryouts for players. Rather, Oka holds workout sessions three times a week throughout January. Any girl from Riverton High School is welcome and by the time the league can officially begin training players in February, Oka has a pretty good idea of who will be his starters.

"We do a lot of conditioning, running and strength work," he said. "We start using sticks and balls in February. Throughout those two months, it's an extended tryout to figure out who is going to be on the varsity team."

At this point, Oka is not sure he has the numbers needed to stock a varsity and junior varsity team but he's hoping more girls join practices. With 12 players needed on the field at all times, Oka estimates he needs at least 36 players to fill JV and varsity.

"We've had about 25 come out so far so we need to find about 10 more girls," Oka said, adding that he's considering holding an open house so interested girls can find out more about the team though nothing has been scheduled yet.

Of the girls already coming out, Oka has found a solid core of seniors to replace the ones he lost. Among them are All-State defender Callee Frampton, Utah National Team member Camie Oka and center Emily Newman.

"Those three will be our top varsity captains," Oka said. "They've played together since seventh grade and I expect great things out of them."

He's also expecting big things from freshmen Avree Frost, Morgan Frampton, Nic Larson and Nikki Thomas. "We have some very athletic freshmen that will make some noise this year. The program has a bright future in those 'Freshys.'"

Oka predicts Alta will be the team to beat this year, though he also expects Bingham, Park City and Olympus to have tough teams, as well. To take them on, Oka will focus on one of the team's biggest assets.

"We have some very strong, tall and physical girls on this team," he said. "As a coaching staff, we try to teach a hard-nosed, defensive brand of lacrosse. Girls lacrosse is supposed to be a non-contact sport, but we definitely push the limits."

Oka is hoping for another winning season and also hoping the fact that lacrosse is one of the fastest growing sports in Utah will attract more girls to his team. "It's a great sport to play because it mixes so much skill and action together," he said. "High school kids are great because they like to try new things. Every year, our JV team is made up of 90 percent beginners and many become very good varsity players by their second year."

But it's not just the talent and willingness to try new things that impresses Oka about the Riverton girls lacrosse team. "I can't tell you how impressed I am with the caliber of girls we have in Riverton," he said. "They are smart, productive kids from great families. For me, it's not all about lacrosse and winning state championships but to provide the girls an outlet to be a part of a unique sisterhood. When it's all said and done, the girls end up missing their teammates more than the game itself."

Oka is still looking for more players for this year's team. To find out more, visit www.rhsgirlslax.weebly.com.

Why we wear goggles and mouth guards

Sadie Hansen was a great player for RHS lacrosse and graduated a couple years ago (see her picture under "about Lacrosse").  She now plays for the BYU Cougars.  Sadie's a pretty girl, but these photos are ugly.  She got this sweet shiner by just playing throw and catch during a routine practice.  A few days before this photo was taken, "puss and blood was draining from her eye", she says.  Lacrosse balls are very hard and girls can throw them up to 70 miles an hour.  It's very easy to take out an eye, lose a tooth or break your nose playing without googles.  No goggles = No play! 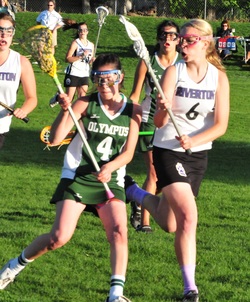 I'm pleased to announce your new Captains for 2011 Callee Frampton, Camie Oka and Emily Newman.  The "big three" have played lacrosse since 7th grade.   We look forward to their leadership!

The Anatomy of Lock-Down Defense performed by Camie. 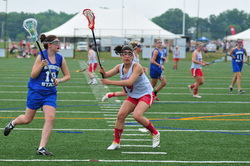 Give yourself some error room outside of the 8 meter--no use in over covering as the risk is high to get burned.  The objective here is to stay between the goal and your opponent.  Camie's head swivels to know exactly where the goal is in relationship to her opponent. 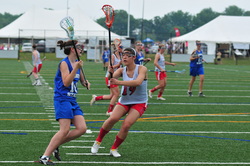 Quick lateral movement is the key.  Keep your shoulders and hips square to your opponent if you can.  Mirror your girl's stick.

Lock it down around the 8 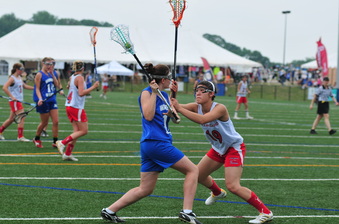 Sealing off the edge of the goal both on the outside and inside is key.

Body low, head up, knuckles out and square up to your man.

Hands all the way down to make a big stick. 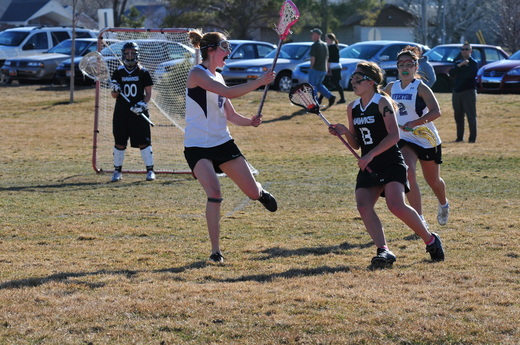 Emily's height and long arms make her a lethal defender, but it's her verbal intimidation that makes the difference.
All Rights Reserved